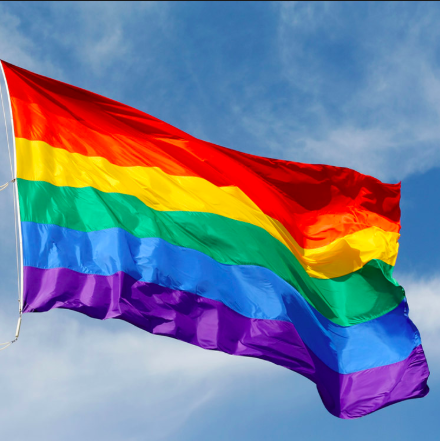 Twenty years ago, on October 12, 1998, a young gay man was attacked, chained to a fence in the middle of nowhere, beaten and tortured and left to die.  He suffered for six days from severe head injuries before finally passing away.

He was killed for being the way that God made him.

For twenty years, his parents were afraid to lay his ashes to rest.  They were afraid the grave would be destroyed.  Finally, on October 26, 2018, his ashes were put to rest at the National Cathedral in Washington, DC.

It feels a little like healing today as I search for images of Matthew Shepard and find images like the one below, and not just images of the fence where he was left to die or of his sad face – the face of a young man who felt so maligned and misunderstood by our society. 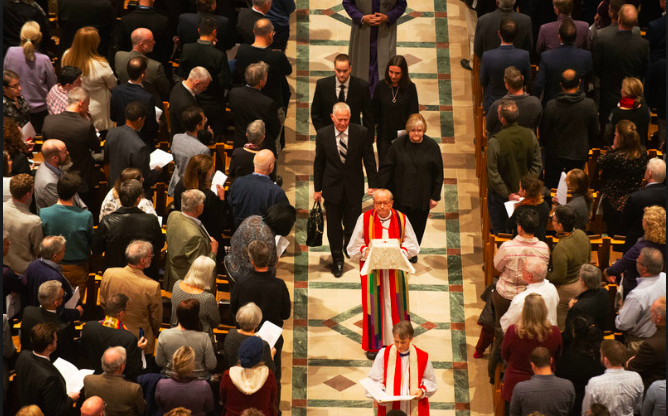 A couple of weeks before Matthew Shepard was brutally murdered, a new show had aired on NBC.  A show about a successful, attractive gay man who lived with his female best friend, they had an egocentric flamboyantly gay neighbor and a rude, self-centered, substance abusing wealthy socialite that also hung around with them.  At the time that show aired, my husband volunteered at our local firehouse on Thursday evenings and I had a standing call with my best friend.  Our phone call started before the show, with conversation, but while the show was on, we only talked during commercials.  We did that for years.

Will and Grace was our show.  But it was also the show of countless other people and it had a huge impact on our society.  When Facebook really took off, about ten years after Will and Grace had first aired and three years after it went off the air, most of my friends posted equal signs as their profile picture, showing their support for same-sex marriage.  Eight years later, the Supreme Court of the United States passed Marriage Equality – allowing same sex couples to marry.  We celebrated by taking our kids to the Pride Parade in NYC that weekend.

Will and Grace went off the air in 2005, but last year, the political climate was such that, they were afraid we were going backwards, away from acceptance and inclusion, and they brought the show back**.  I was thrilled because now I get to watch it with my girls.  Last night, I watched Episode 4 of Season 2 (10), an episode in which Will and Grace spend a rainy day reading through a box of letters they had written to each other.  They discover that Grace has not read a letter that Will wrote her because she was so devastated after he came out to her; she finally reads the letter and realizes how he felt like the world would hate him.  The wonderful actor, Eric McCormack, who plays Will did a great job of just staring off into space.  Remembering.

It made me remember what it used to be like.

When I was growing up, I didn’t know anyone who was homosexual.  In the 80s, we used to use an expression “that’s so gay” and one night my parents asked us if we knew what that meant.  I was 11 or 12 and my parents were glad that we said it meant “lame”.  A few years later, my parents explained to us what it meant.

There was a boy that I grew up with who loved to come over and play with my play kitchen when we were little.  As we got older, our friendship changed, of course.  We stayed close.  When we were in high school, a girl in our class had a crush on him and kept asking me to talk to him for her and see if he liked her.  I would ask him and he would joke around.  I never knew what to say to her, until one day, I told her that he was gay.  I didn’t even think about it, it just came out and as soon as it did, I realized it was true.  It didn’t take long for that rumor to spread through our high school.  My friend was so mad at me by the end of the day and he was so scared, which I did not understand at the time.  He didn’t come to school for several days.  We didn’t talk again for years.  He was teased mercilessly, he was physically assaulted and I later found out that he was hospitalized more than once for suicide attempts.

Another boy in our high school class did commit suicide because he was afraid to come out.  I don’t want to go back to that.

My best friend, who I met in high school and who was my best friend at Rutgers when we were in college, who served in my wedding party and is my younger daughter’s godfather, was teased and tormented physically, mentally and emotionally for being different when we were kids.  I am so grateful that he has found a wonderful partner and been married for several years and has a happy and thriving life and career.  But there was a time when he thought his future would be bleak, where he felt like he was an abomination to God, where he felt like he was wrong, that there was something wrong with him, where he wanted to go to be reprogrammed.  I was the first person he came out to and that was huge and an honor I took very seriously.  It took a tremendous amount of courage for him to come out.

Because of my best friend in college, I knew many other people who struggled with coming out when we were in college.  I sat up many nights holding people’s hands, listening to them, telling them it would be ok.  I was there the night the football team came to the dorm, drunk, and started chanting outside the windows of gay students, asking them to come out and get their asses kicked, telling them that would make men out of them.

My girls grew up with gay uncles and gay aunts.  When she was three, my oldest asked me why Uncle (my best friend) wasn’t married and I told her that he and Uncle (his partner, who is now his husband) loved each other just like they were married and that satisfied her.  I never explained it again to my kids.  They just understood.  Love is love.

When I started working at the library, ten years ago, there was a flamboyantly dressed openly gay high school boy that would come in.  He felt free to be himself.  I did hear that some kids teased him in school, but that enough other kids had his back.

My kids now have friends who are all over the spectrum of sexuality.  Gay, lesbian, bi, pan, trans.  Kids feel comfortable coming out.  They feel comfortable being themselves.  I struggle sometimes with kids who are gender confused, I feel as though saying, “I feel like a boy today, call me Micah” and then a short time later, “I feel like a girl today call me Erica” is fodder for people who think sexuality is a choice; I feel like they will use it to validate their argument.  I do understand gender confusion, but I also understand how we got to this place of acceptance and inclusion and I am so afraid of going backwards that I don’t want to give conservatives any ammunition.

Sexuality is not a choice.  As the pastor of our church has said, sexuality is like eye color or handedness, it’s determined by God.  Maybe to make us more tolerant of those who are different from us.

A woman I work with is a very conservative Christian and she loves to talk about a man she knows who was gay but was reprogrammed and is now straight and has children.  But, she says, you can tell that he was gay because he is a little effeminate sometimes.  It makes me sad that he couldn’t be himself and I just hope it works for him.

When my grandfather was a little boy, he was left-handed, but as a young boy in Catholic school, the nuns thought that was an abomination against God and made him write with his right hand.  His knuckles were slapped daily and repeatedly with a ruler as a punishment if he dared write with his left hand.  He was punished, made an example of.  Until his dying day, he wrote better with his left hand.

If you agree with me, PLEASE GO VOTE!

** The tribute to Madonna and what she has done for the gay community was beautiful and so touching and so true.