Great read for moms of teens; great book to share with teens for discussion. 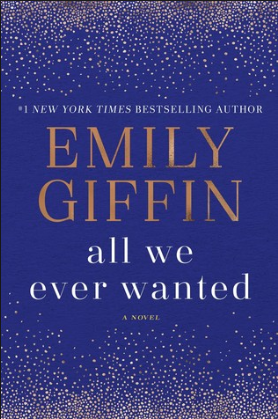 All We Ever Wanted is a story about losing yourself and finding yourself again.  It’s a story about raising teenagers in the modern world of cell phones and social media.  It’s a story about class struggles and integrity.  Nina was raised in a good, solid, loving middle class family that instilled values and integrity.  She married a wealthy man, Kirk, who became more affluent after selling his company.  They raised their son in a community where money buys everything and status is valued over integrity.  Tom Volpe and his daughter, Lyla, are solidly middle class.  Lyla is a scholarship student at the same prestigious private school that Nina and Kirk’s son attends.  One night, at a party, a photo is taken and shared and and the repercussions have a lasting effect.

This book explores how the middle class and the wealthy have different ways of handling issues and I felt this novel did an excellent job of showing that.  I appreciate that the author made a strong case for right versus wrong and that status and appearance are not all that matter.  I felt that Nina was a worthwhile heroine who confronted her own demons in order to help others.

I thought this book was very, very powerful and could and should be shared between mothers and their teenage children.  As the mom of two teen girls, I plan to have them read this over the summer and have a discussion with them about the topics in this book.

I thought this book was very timely and that Emily Giffin did a great job of lending her unique voice to the current issues facing women and girls today.

Nina Browning is living the good life after marrying into Nashville’s elite. Her husband recently made a fortune selling his tech business, and their adored son has been accepted to Princeton. Yet sometimes, the middle-class small-town girl in Nina wonders if she’s strayed from the person she once was.

Tom Volpe is a single dad working multiple jobs while struggling to raise his headstrong daughter, Lyla. His road has been lonely, long, and hard, but he finally starts to relax after Lyla earns a scholarship to Windsor Academy, Nashville’s most prestigious private school.

Amid so much wealth and privilege, Lyla doesn’t always fit in—and her overprotective father doesn’t help—but in most ways, she’s a typical teenaged girl, happy and thriving.

Then, one photograph, snapped in a drunken moment at a party, changes everything. As the image spreads like wildfire, the Windsor community is instantly polarized, buzzing with controversy and assigning blame.

At the heart of the lies and scandal, Tom, Nina, and Lyla are forced together—all questioning their closest relationships, asking who they really are, and searching for the courage to live a life of true meaning. 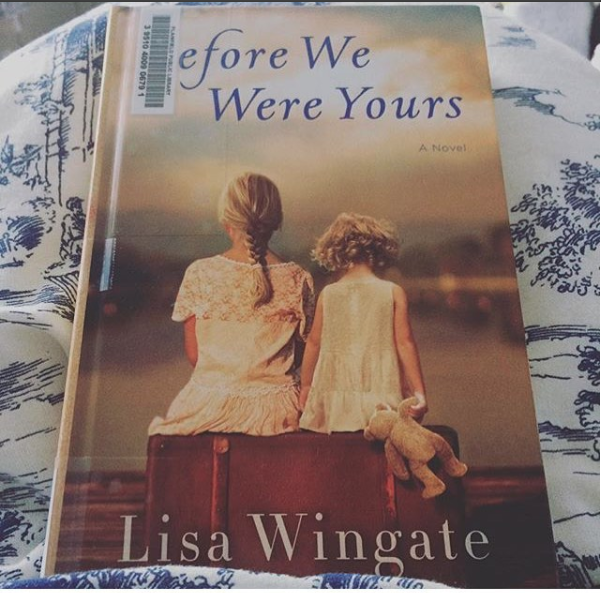 If you loved Christina Baker Kline’s “Orphan Train”, you might like this. Based on the true story of Georgia Tann who ran the Tennessee Children’s Home. Eleanor Roosevelt sought out Ms. Tann’s advice on orphans. Many in the government and many rich and famous turned a blind eye to Ms. Tann’s practice of kidnapping children from poor families to place them with rich families. Joan Crawford (Mommie Dearest) adopted her daughter, Christina, from Ms. Tann. As if kidnapping was not terrible enough, the children were often beaten, starved, tortured and molested before they were adopted.

This fictional account of 5 siblings abducted by Ms. Tann and the current day senator’s daughter who uncovers the truth, is powerful and poignant. A must read for anyone who loved “The Chaperone” by Laura Moriarity or “Orphan Train” by Christina Baker Kline.