Thank you @randomhouse #partner for my gifted copy of this classic novel.⁣

Did you realize that this book was 50 years old?  ⁣

“Fifty years of young black girls learning that even the greatest voice among them was once muted by pain, fear, and insecurity.⁣

Fifty years of young black girls finding out in these pages that trauma forced upon them in their youth didn’t have to stifle their dreams for a grand future.⁣

Fifty years of Random House publicly acknowledging that the stories of black American women matter, are worthy of their moment in print, and can change the world when shared widely with all readers, respectfully, and authentically.⁣”

Sharing with us her grandmother’s wisdom and her brother Bailey’s cunning wit, Dr. Angelou gave so many of us exactly what we needed: context for the historical injustices meted out by an oppressive society; firm examples that beauty is not for the mainstream to determine, but is rather found in all a person has to offer, in her talent and smarts more than her pretty face and long legs. And she powerfully bestowed on us an unflinching reminder that we can overcome any obstacle and let our lights shine.” ~ Porscha Burke, editor at Random House⁣

It’s been years since I read this book and I am looking forward to a re-read.  ⁣

Do you re-read books?  Have you read this book?  ⁣

I LOVE Laura Moriarty’s writing.  The Center of Everything is one of my favorite books, after I read it, I read everything Laura Moriarty had published.  I have been waiting and waiting for a new book from her.  I was so excited when I heard about the release of this book.

In this novel, Muslim-Americans are forced to register and go to interment camps.  Sarah-Mary Williams and her brother have been abandoned by their mother to live with their conservative Christian aunt in Missouri.  From what I have read and from what I know from years of homeschooling and following homeschool blogs, I do not doubt that there “schools”  like the one Sarah-Mary’s aunt sends her to really exist.

Sarah-Mary doesn’t know any Muslims and she assumes that what she sees on the news and hears from her aunt and the people at her school and church is all true.  Then she happens upon Sadaf, a Muslim doctor who is trying to escape to Canada to avoid the interment camps.  At first Sarah-Mary wants to turn Sadaf in, but as she spends more time with Sadaf and gets to know her better, Sarah-Mary realizes all that she has in common with Sadaf.

I thought this novel was good.  I thought at times it was too simple, too easy and the ending was too neat and tidy, but it was aimed at a YA audience and not an adult audience.  Had it been aimed at adults, I would have expected more depth and less simplicity especially in the ending.  I think it is an important read for teens (and maybe their parents) and a good place for discussion.

I love that there are so many books that encourage a diverse world view. 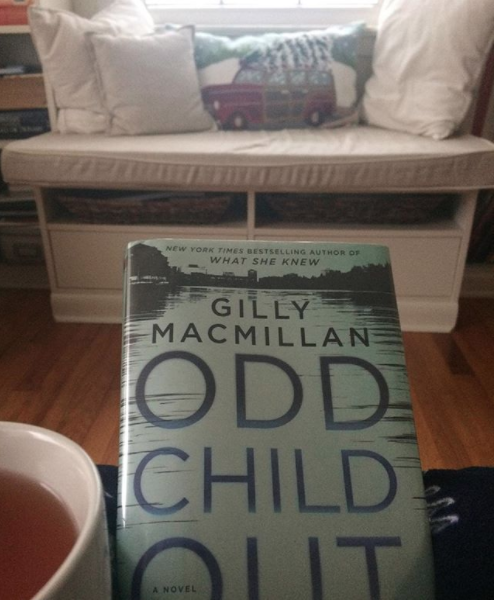 A look at race relations from across the pond.  I found it interesting that the UK is having the same issues as America, although I guess I should not be, these are the situations facing the world.  I think this is an important book for anyone to read and confront their own ideas about refugees, society, class and where we all fit in.

Noah and Abdi are best friends attending a private school.  Noah is from a well-off family.  Abdi is a scholarship student whose parents are Somali immigrants.  When Noah is found floating in a canal in an industrial part of the city and Abdi goes missing people jump to conclusions.

I loved this book and I give it 4/5 stars.  My favorite character was Abdi’s mother because I feel that I learned the most from her, from her experience and her strength.  I work with the general public as a librarian, I see many people every day, some immigrants, some possibly refugees.  I don’t have a chance to get to know them when they are asking for information or help finding something or about ESL classes, but would I if I had the chance.  I would like to think that I would.

The Child Finder by Rene Denfield

I was nervous about this book because, as a mom, child abductions have long been my worst fear.  I found the hunt for the abductor thrilling, I loved the strong main character and I was very interested in people who still live a very old-fashioned lifestyle of trapping game and trading furs.  The Pacific Northwest is on Jason and my shortlist of places to visit, so I ate up all the descriptions of the setting.

Naomi, a private investigator who had been abducted as a child, is hired to find Madison Culver, a little girl who went missing three years ago when her family was out looking in the woods for a Christmas tree.

The characters are very well developed, the plot is rock solid and the storyline was different and intriguing.  I give this book 4/5 stars.

While I was reading The Child Finder by Rene Denfield, my 15 year old was reading (and loving) The Hate U Give by Angie Thomas.

The Hate U Give by Angie Thomas

My daughter LOVED this book.  She found the main character, Starr, very relatable.  She said she wanted to be friends with Starr and help her through everything that was going on in her life.  Starr lives in a poor neighborhood but attends a prep school.  The other kids at the prep school can not relate to the issues Starr faces at home.  Starr’s best friend is fatally shot and killed by a police officer.  His shooting makes national headlines and some say he was a thug, while others say the police officer was wrong for shooting him.  Starr’s family is targeted by both the police and drug lords and Starr is the only one that knows what really happened that night.

My daughter’s review reminds me how different the world she is growing up in from the world I grew up in.  I grew up in an upper-middle class town, there were a few Black kids and I was and still am friends with them.  They may have been going through things – I am pretty sure that they were – but I did not know about it.  I just saw them as friends, we talked and joked and made plans to hang out.  I always thought that we were so much further along with race relations than we actually are.  I really believed, up until a few years ago, that we needed to be color blind and not so shallow as to judge people based on the color of their skin.  I was so proud to be an American in 2007 when Barack Hussein Obama accepted the Democratic Nomination for President of the United States and won the election.  I cried along with the prolific newscaster, who was on his knees weeping because he never thought he would see a black man become President, his own grandfather having been a slave–I think that was the moment that it hit me that I could never really understand this.  I could have sympathy.  I could support equality, but my experience as a white person would protect me from things and feelings and situations that I had no idea existed.  I wish that the world was the way I thought it was 15 years ago, but since it is not, I am glad that I have raised two girls who want to read books like this and want to stand up for people of color.  I am glad that publishers are publishing books like this and I am glad that we can have this conversation.  I hope that at some point soon, this conversation won’t be necessary and we will all be treated equally.